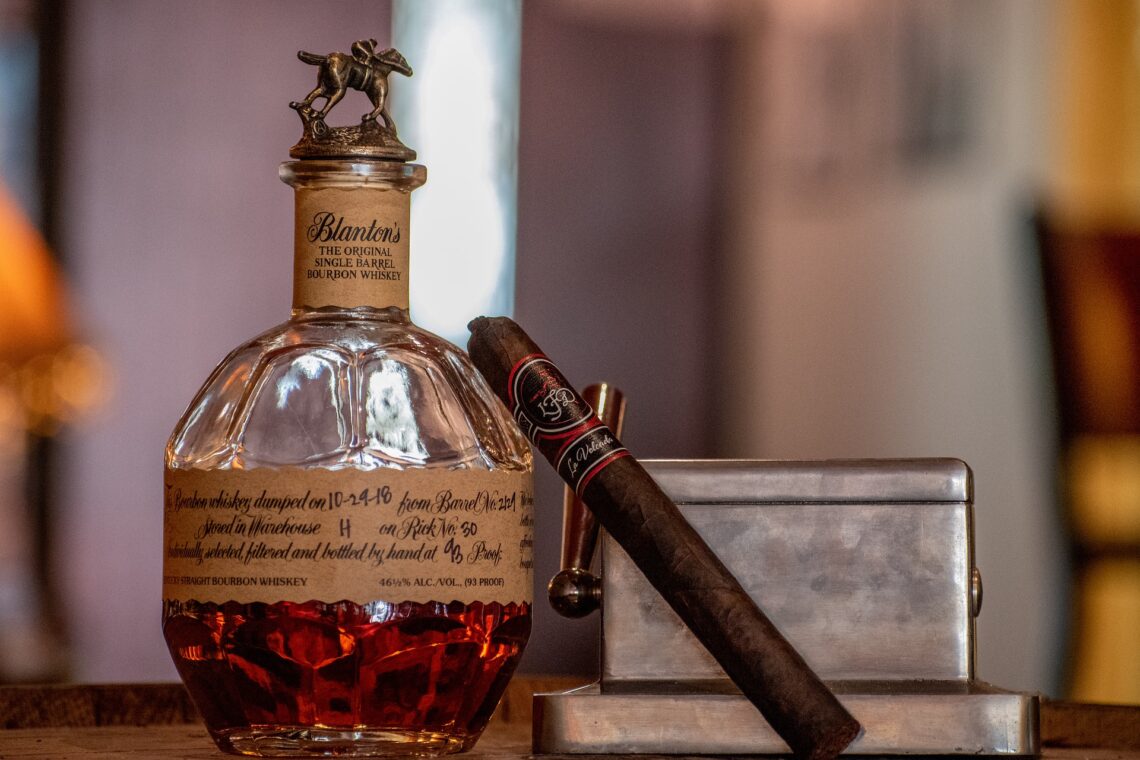 All bourbon is whiskey, but not all whiskey is bourbon (more on that below), but one thing is certain, bourbon is America’s spirit, not the ghost kind. The distilled kind. I’d like to talk a little about it and how it has helped shape America.

It is difficult to talk about American history without talking about whiskey. The two are intertwined. We have had rebellions regarding whiskey, we have had preachers distill whiskey, and we have had preachers warn us against the dangers of it. Whiskey has played such an important part in the birth and growth of The United States that the Federal government deemed it so important that they codified into Federal Law a special way of making it. Whiskey made in that special way is what we call bourbon.

Even the origin of the name bourbon is up for debate. Some say its namesake is Bourbon County, Kentucky. Others believe it is the famed Bourbon Street in New Orleans where it gets its name. It is safe to say that it is named after the French Royal family, House of Bourbon (both the street and the county are named after this French royal family).

There has been plenty written about how bourbon came about. The most commonly accepted theory is that European settlers brought the science of distilling to Kentucky sometime in the late 1700s. From there, it gets murky. A widely held belief is that a Baptist preacher named Elijah Craig first decided to age his corn-based distilled spirit in charred barrels. Doing so gave it a very distinct taste. Modern-day historians now believe that there were a lot of other people besides Craig who were aging liquor in charred barrels during the same time. 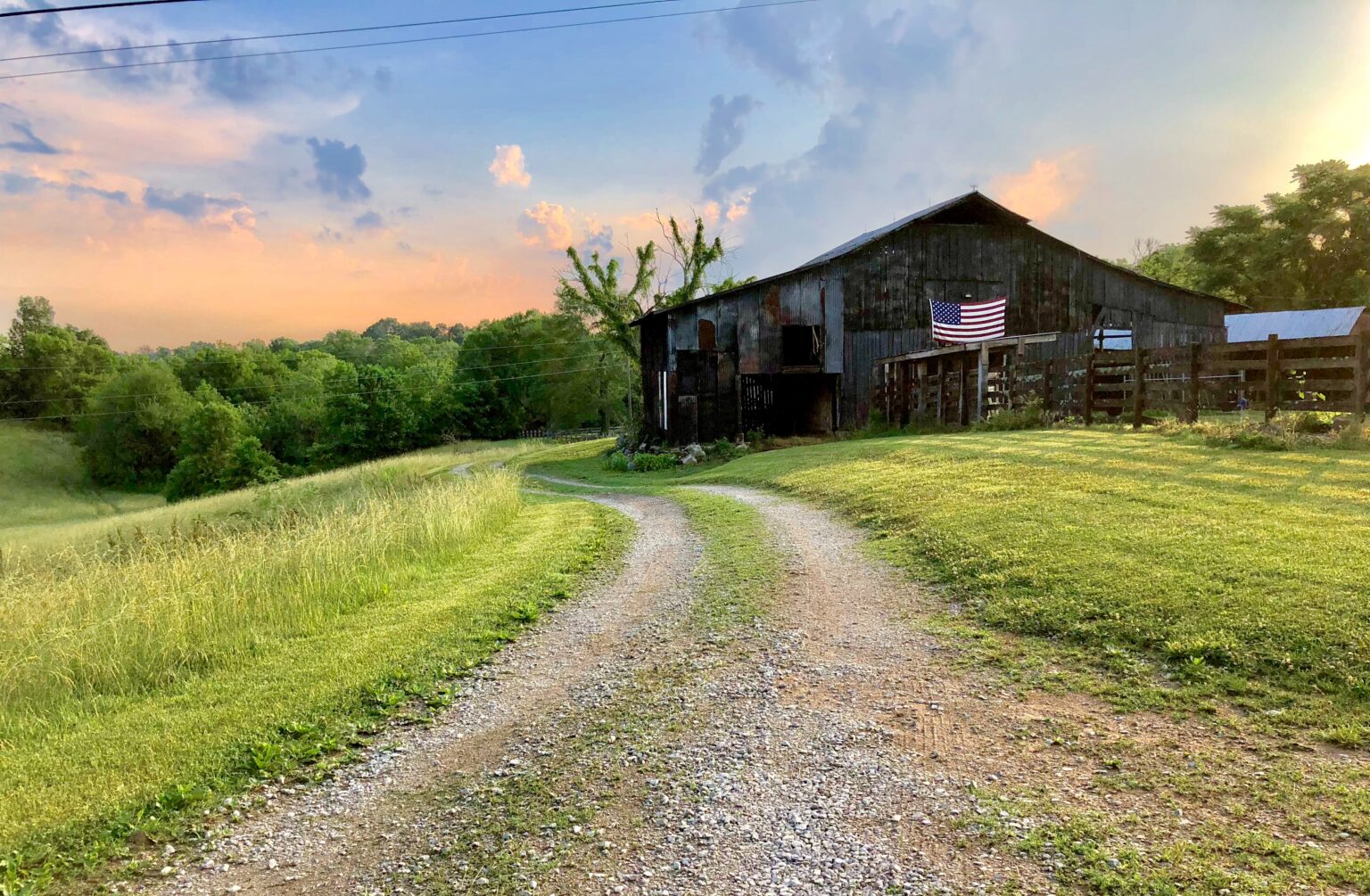 After the American Revolution, our new country needed money to pay off its war debt.  To do so, they enacted a tax on a domestic product. That product was whiskey. At the time, whiskey was mostly \being made with surplus crops. Farmers would distill not only corn but also leftover wheat, rye, and barley. A number of these new Americans resisted the whiskey tax. They disagreed so much with the tax that they violently attacked the tax collectors. In response to the uprising, the newly elected President George Washington called on Governors to raise a militia army and at the same time sent in negotiators.

Negotiations did not work, which led to the Federal militia being sent in. The result was a small number of arrests which led to only two being convicted of treason (who later were pardoned by President Washington). As for the whiskey tax, it stayed in place until President Jefferson ended it.

No major changes in whiskey distilling happened until 1920. That is when the 18th Amendment to the United States Constitution took effect. The 18th amendment is also known as Prohibition. We could spend the rest of this article talking about Prohibition, but for this writing, I will just give a very abridged version. The manufacturing, importation, transportation, and sale of alcohol became illegal under Prohibition. The consumption of it was not federally banned, though. This led to a whole host of illicit operations to make sure that Americans who wanted a drink could get one. This was known by many names; bootlegging and rum-running are just a couple. It is important to note that not all distilleries were closed. Six stayed open during this time. Those were Frankfort Distillery, Brown-Forman, James Thompson and Brother, Ph. Stitzel Distillery, Schenley Distillery, and American Medicinal Spirits. These companies made liquor for medicinal purposes.  Thankfully, Prohibition ended in 1933. 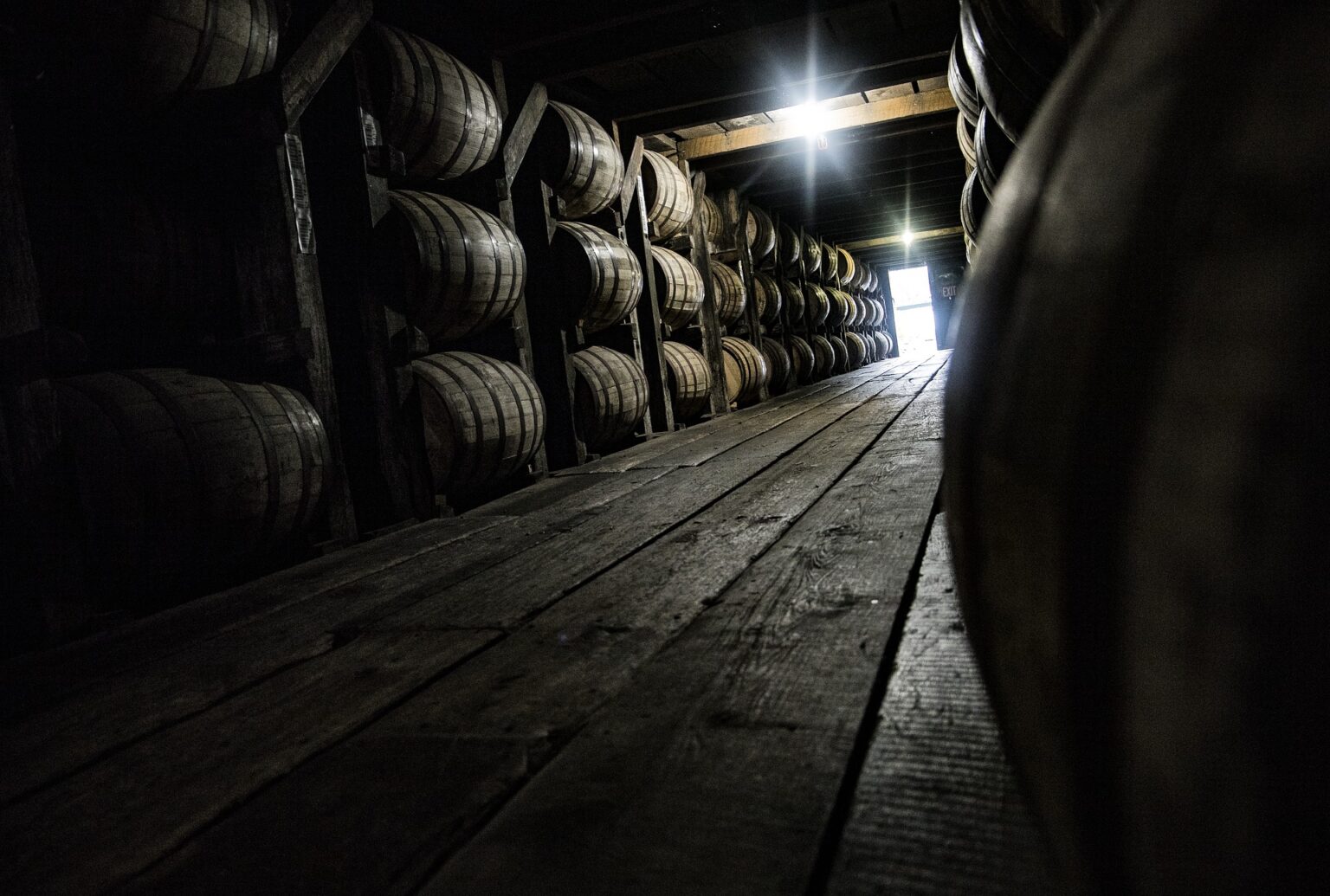 In 1964 the United States Congress recognized bourbon as a “distinctive product of the United States.” With that designation, came a set of rules on how to make a whiskey and be able to call that whisky bourbon.   Rule 1. It has to be made in America. A common myth is that bourbon has to be made in Kentucky. Not true (though the folks in Kentucky say they make the best bourbon), Bourbon can be made in any state in the union (US Territories and Washington, DC count as well). Rule 2, bourbon has to have a grain mixture of at least 51% corn. Rule 3, it cannot be distilled to a proof higher than 160. Rule 4, bourbon has to be aged in new charred oak barrels. Rule 5, when it goes into the barrel for aging, it cannot be more than 125 proof. Rule 6, bourbon has to be bottled at a strength of at least 80 proof. If you do all of these things, then you have yourself a bourbon whiskey. If you want to have a straight bourbon, there are a few extra steps you have to take. First, age it in the barrel for two years. Then, do not add any flavoring, coloring, or any other distilled spirit. It is important to also note that any bourbon aged less than four years are required to have an age statement on the label.

It is safe to say that we are now living in the golden age of bourbon. You can find bourbon cocktails on any drink list in America. Some are classic cocktails such as the Sazerac, while other cocktails are newly invented drinks from professional bartenders. If you walk down the bourbon aisle of any liquor store, you will find bourbons made all across America. You will also find them at every price point. You can spend as little as ten bucks, or you can spend multiple hundreds of dollars. Collectors of fine bourbons spend endless hours searching online for rare bottles known as “unicorns.” 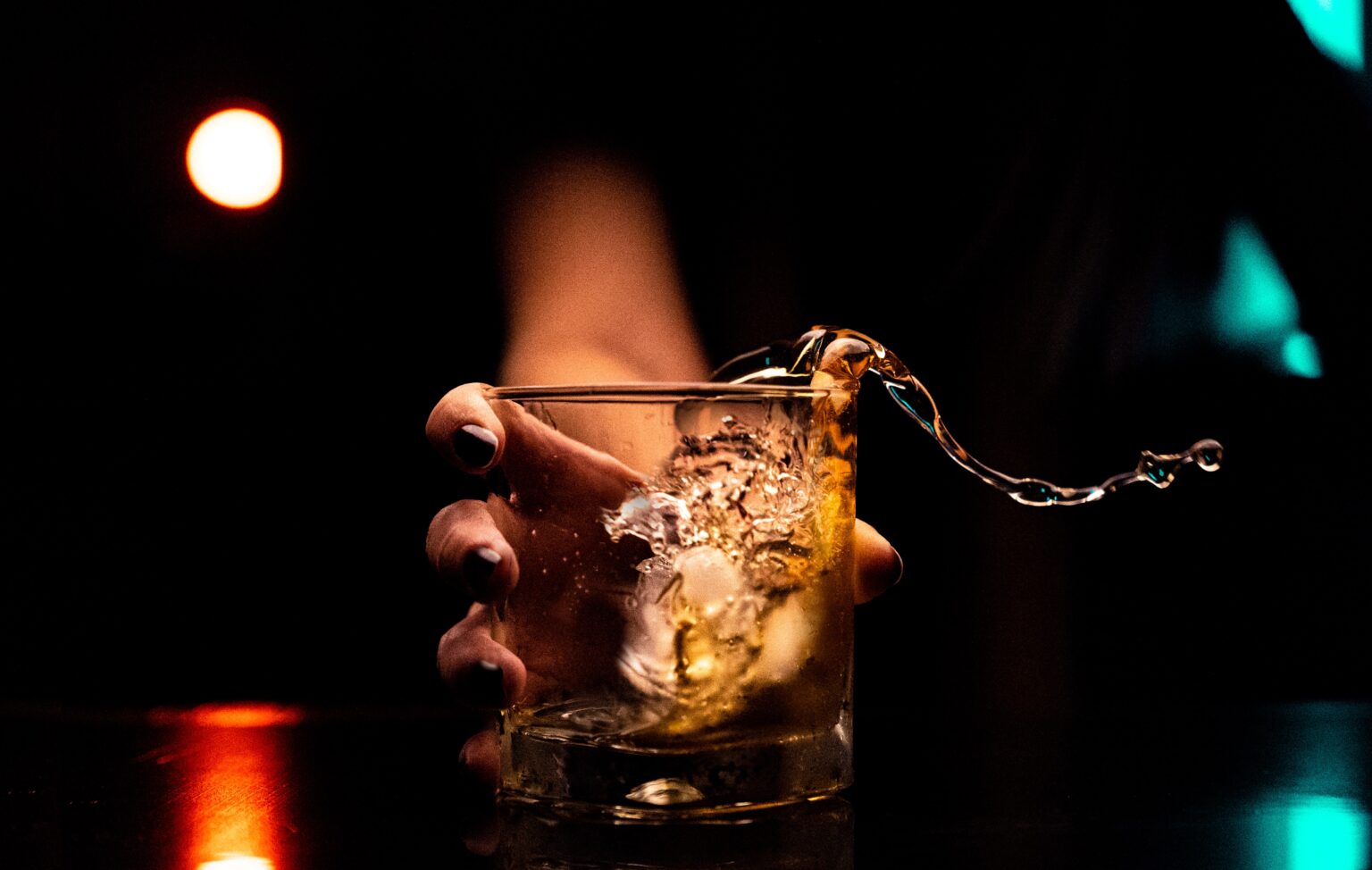 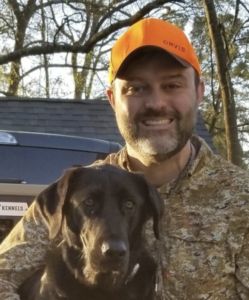 is an outdoor enthusiast and an avid bird hunter. He is a member of numerous conservation organizations and is currently a board member of the Georgia Chapter of Backcountry Hunters & Anglers. He also holds multiple certifications in wine and spirits. You can follow his adventures in the swamps and woods of South Georgia on Instagram @gunnerhall 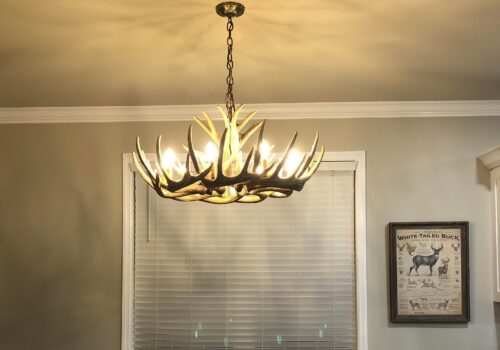 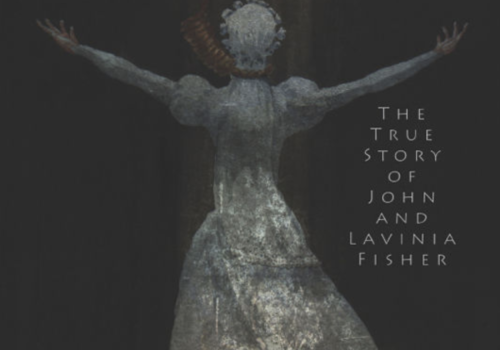 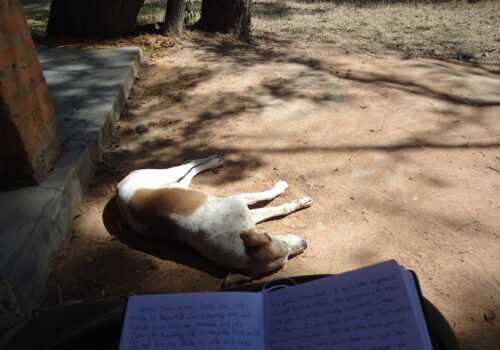