Stinging sweat ran down the face and into the eyes of the man with the big gun. As he walked he took his forefinger and thumb and squeezed the corners of his eyes at the bridge of his nose soothing the pain temporarily. It was mid-morning , but his light green shirt was already darker in sections. In front of him, the native tracker walked looking for sign, and with every methodical step, it became painfully obvious the shot was no good. The client had rushed it, and now it was up to him, the hired Professional Hunter, to follow the buffalo and sort it out. He had not wished for the client to follow. The green grass was thick and stood knee high, and as they moved  through it he felt the last of the morning dew on his bare legs. He replayed the morning’s events in his mind. Across the plain stood a grove of trees, and years of buffalo hunting told him the old bull had gone in among them. It is often said that a Buffalo, once wounded, would lay in wait for the hunter, but most wounded buffalo are often never seen again. Tracking a wounded buffalo is still dangerous business, especially into the thick stuff. The tracker moved behind the man with the gun, and together as one body they walked into the shaded trees watching for the slightest movement, the big  gun ready. The Professional Hunter felt a breeze on his face and for a brief second allowed himself to enjoy it, then he caught sight of something  from the corner of his eye. Turning his head, he saw the buffalo walking slowly , and he could tell the bull was sick. He picked his mark and fired the first barrel quickly followed by the second. 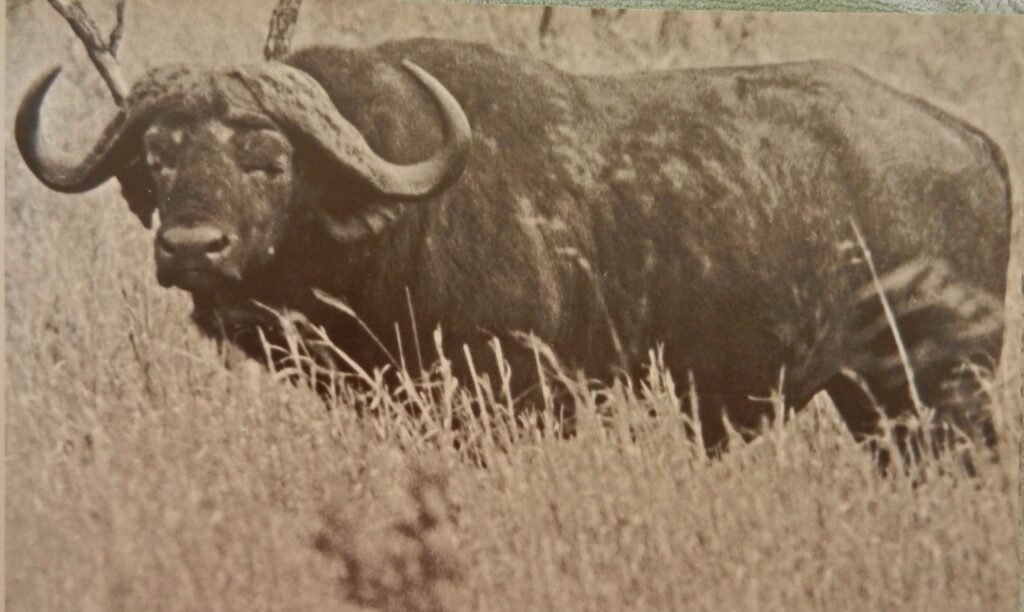 They cautiously made their way to where the buffalo lay, and their approach was met with the death bellow. It is the dead ones that kill you, he thought, so he kept the heavy gun, now reloaded and ready, at his shoulder. Sweat dripped from his nose and landed onto the dry ground. The tracker tossed a broken branch hitting the bull on the rump. There was no movement, so he lowered the rifle. He moved closer and touched the eye of the bull  with the two big barrels ; no blink told him it was done. He stood looking down at the buffalo, and then knelt beside it. He spoke some words to his tracker who turned and started a slow run back in the direction of the others, his footsteps fading like the ending of a song. The professional hunter ran his hand along one of the curved black horns, it was a fine head. He removed his wide brimmed Stetson and lay it on the ground next to him. He leaned the gun against the  black body as he wiped his forehead with the back of his hand. It was silent now as he sat among the trees. In moments he would hear the sound of the automobile engine and the voices of the people, but sitting next to the buffalo in the shade with a morning breeze cooling his skin, he only heard the sound of a lion in the distance. 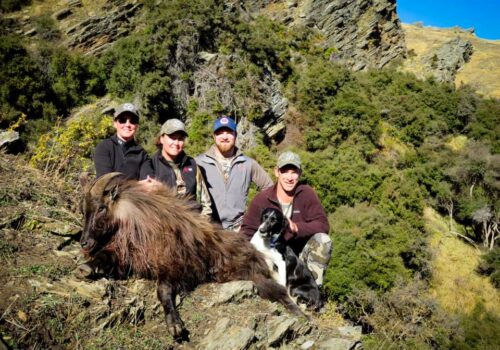 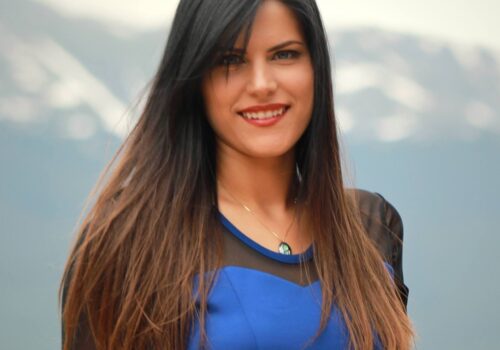