October is the month I wait for all year. My brother and I work together and talk about going to North Dakota to chase ducks across the prairie almost every day. As summer fades into fall, our thoughts turn more and more to our annual trip, and we start stockpiling gear, mostly stuff we don’t need!

October finally comes, and we are ready to go. We have heard reports of heavy snow about to hit right in the area we are going, but hey, the weatherman is always wrong, right? This projected blizzard with an estimated three feet of snow would be, in reality, more like three inches with ten mph winds, and was not going to stop us. We packed up the truck with our gear and turned it north to the plains of North Dakota. The drive takes us around 26 hours, and it never gets easier, but after doing it for a few years, we pretty much have it down to a science. We change drivers every time we fill up for gas, and we fuel ourselves on Redbull, coffee, and junk food; it’s not the healthiest, but it keeps us going.

We drive state after state, and the threat of the blizzard is never far from our minds. Our GPS says the three main roads that lead into the town of Lakota, North Dakota, are closed! This one time it looked like the weatherman was right! We keep driving and pray that the roads would open back up once we got closer. We still have twelve hours of driving left, and anything could happen! Daylight comes as we cross over into Wisconsin, and it looks like our prayers have  been answered as the GPS shows the roads once again were open!

The Fargo sign appears, and there is a blanket of snow on everything. Snowplows have  cleared the roads, and multiple vehicles fill the ditches left abandoned for miles and miles. We were starting to see the potholes fill with snow, but watching the ducks hold open what they could was a site to behold. When we arrived in Lakota at the famous Sunlac Inn, it was a welcome relief, but the excitement of being there was so intense that we forgot about the 26 hours spent driving within seconds of our arrival!

We unload the truck of everything except for the decoys, kayak, and guns. We hurriedly slipped into our waders, grabbed some shells and our jackets; there would be time to catch up on sleep later. Since this was not our first time in North Dakota, we knew a few holes we could hunt before dark. We piled back into the truck and headed over, and it was a great call because the ducks were everywhere! We set up on some open water, and that pushed the birds out, but it didn’t matter because they were trying to return before we even had our decoy spread made! We looked at each other, and no words were needed; the looks between us said it all; this was going to be a great trip!

We shot our limit on buffleheads, redheads, and spoonies. We packed up and headed back to the hotel to lay out a plan for tomorrow’s hunt. Our strategy in North Dakota is to hunt water because we love the variety of birds it allows us to harvest. Tundra Swans to buffleheads, the potholes have em all!

We chose another site known to us to hunt in the morning. We settled in for a good night’s sleep, road-weary from all the travel but optimistic about what the next few days would bring.

The daylight broke with us setting out our decoys to the sounds of mallards behind us. It might have been cold, but the anticipation of the morning’s hunt kept us warm. The long offseason had left an itch in the trigger fingers, and we quickly limited out on spoonies, redheads, and bluebills.

Seeing where all the mallards were, we knew where tomorrow’s hunt was going to take place. The following day found us setting up where we saw the mallards, and as soon as day breaks, we have a group coming around working perfectly into the decoy spread; the report of our guns echoed across the plains and mallards were down. We hunted that spot for two days; we traveled a little off our usual path and found a site holding a significant amount of birds. That change proved to be a good decision, because the next two days would be wonderful hunting days!

The first morning in the new hole, we set up in waist-deep water topped with snow in the reeds.

At daybreak, a pintail landed in the spread. Then single mallards worked in, and after shooting those, we watched hundreds go down just to our left, mid-morning in the thick grass. We decided to pull out and come back the following day. We went to one of our other spots to finish out the day and got a limit of divers and one gadwall. Our day was complete.

The morning found us back at the new hole, and we set up where we saw the mallards work the day before. Great decision; before 9 am, we limited out on mallards thinking the limit was four like back home. We easily could have gotten five, and I’m glad now we didn’t know that!

Now, the waiting began for something different and better plumage. The wait paid off; my brother got a pintail, and Chris got a wigeon. I will admit it made me a little jealous because I had yet to get one for myself, and it’s been on my list for a while, but that’s a story for another time! Sitting there, I was the last one waiting to get their limit. We were settled in and just sitting there laughing and enjoying the day, talking over the hunts and soaking in the moment when I heard the three beep whistle of the ol’ cotton top wigeon. This sound has been embedded in my mind for over 25 years of duck hunting; there was no second-guessing what it was! I look out over the decoys, and my eyes confirm what my ears had heard; a picture-perfect image of a drake wigeon is locked up over the spread.

I grabbed my gun, brought it to my shoulder, and pulled the trigger. I then hit him with an insurance shot, and he fell among the decoys. The high fives started as soon as my gun was down. I have always talked about a wigeon, and now I had sealed the deal. I left the blind and rushed out to calm my hard-earned trophy and did the classic fall in the water. The feel of the cold brought me up, and I let my third round go in the air to let them know I was ok. All that mattered was that I had my wigeon. I bent over and picked him up, and he was a beautiful stud drake, well plumbed. My emotions were overflowing as I held him high and thanked the good Lord for all His blessings and for allowing me to mark this bird off my list!

The rest of that day was spent with pictures and saying to the guys,” I ever tell y’all about the time I shot a wigeon!” We named the spot Wigeon Point. We hunted there for three more days harvesting many more mallards, pintail, gadwall, beautiful golden eyes, and even a few more wigeon!

Ultimately, truck problems would end our trip a few days earlier than we had planned. Still, while we hated to leave, this was another memorable trip in the plains of North Dakota. On the way back to my South Carolina home, I was already counting down the days until next October and a return to Wigeon Point. 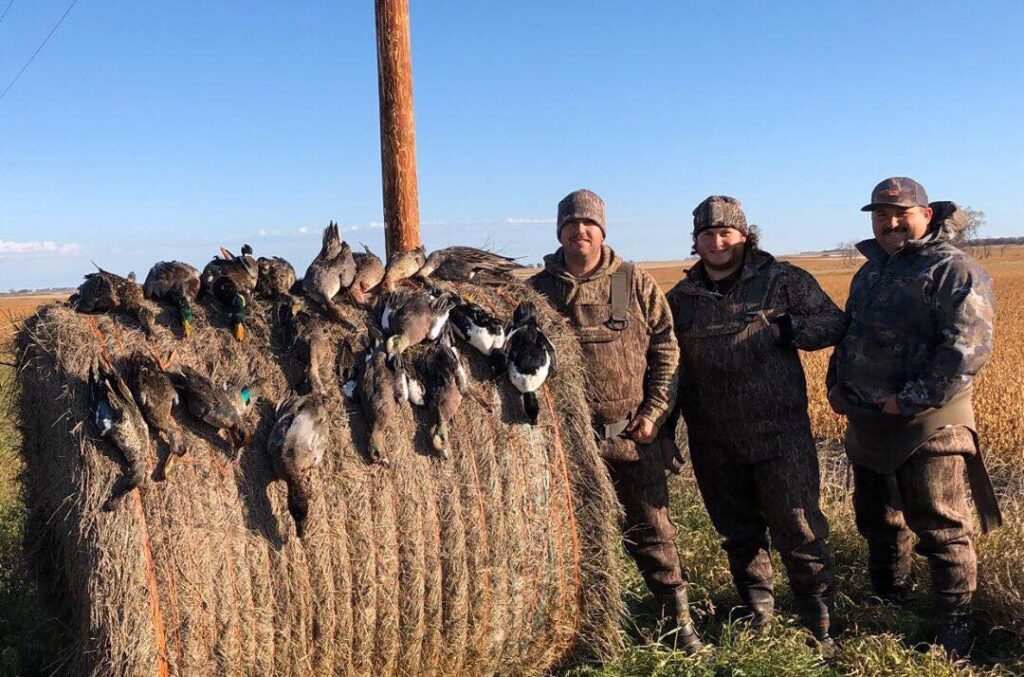 is a God-fearing husband, father, fowler, and contractor. Raised on the banks of a river in the small town of Camden, SC. Matt started hunting and fishing early, but chasing ducks has always been his main hunting passion. You can follow Matt's adventures on Instagram @matt_mccaskill 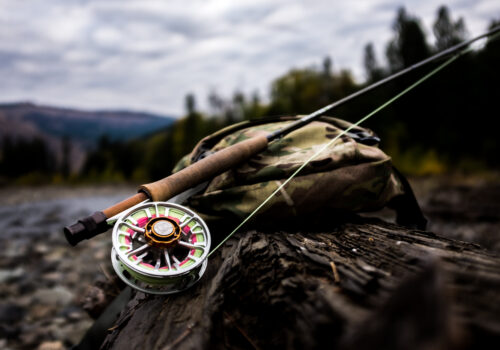 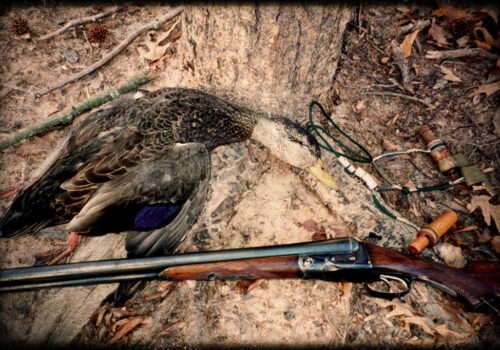